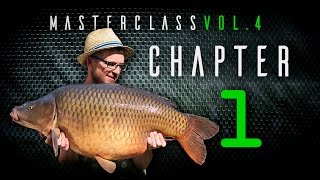 Named after Dave Fuidge, who caught it at 61lbs 10oz in May 2009 which elevated its prominence in the lake. At that time we had no idea that it was going to grow on to such a huge size. It has grown steadily since 2009 and is a the most frequent visitor to the bank of the Gigantica A-Team, usually making 2 - 3 visits per year.

It has been caught from all around the lake inc from Oblivion, Beach, Stink, Co's, Alcatraz, Pole Position and Stock Pond. Nearly always comes to a big bed of bait. It is vulnerable to capture year round, visiting the bank as early in the year as February, and as late as mid November. Is currently the King of the Pond and who knows how big it can get in the future.......only time will tell.