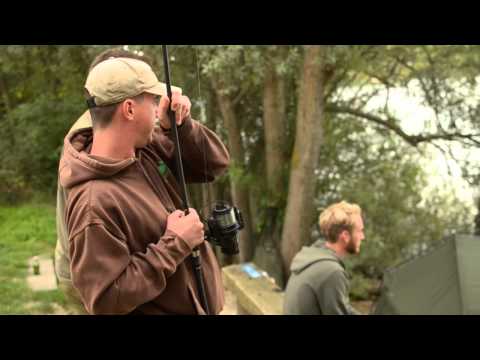 Named because it is literally "The" Perfect Common Carp. Long, deep, beautifully proportioned with perfect scaling and an immaculate mouth. It came out in early July 2009 at 44lbs, and shot to prominence with great shots taken both on the bank and in the water.

Jake Wildbore managed to land the fish from Scotties Corner at 59lb after a 4 year absence, when some others had wrongly written it off. Then like London buses, the fish came out again in the same week to Korda's Jonny Mann, which was amazing considering such a long absence.

Long time Gigantica regular Rowan Hill was fortunate enough to land the Immaculate in October 2016 after it had once again been on a two year sabatical around the lake. He caught the great fish from Bobs' Beach on an IQ D-Rig with a Banoffee Wafter, which is a great end tackle presentation on Gigantica. What was even more amazing was that it came out again a week later from The Stink......incredible!

It was captured was from Baxter's Hole in September 2017 by Jeff Maskell when it weighed in at 76lb and then in September 2018 it broke through the magical 80lb threshhold, when Russ Padget landed it from Bobs' Beach.

It went on its usual 12 month absence and Steve French managed to trip the fish up at a whopping 87lb 8oz from........you guessed it, Bobs' Beach in October 2019. James the Bailiff then got his best ever Christmas present when the fish ventured over to Alcatraz in December 2019 and tipped the scales round to a massive 88lb 4oz!

If you wanted to target this giant Common, September/October time in Bobs' Beach or Baxter's has to be a good bet.